Noah Aldrich became a local hero after completing a mini-triathlon at the age of 8.

As if this wasn’t impressive enough, the boy completed the sprint while bringing his 6-year old brother who is not able to walk. Lucas, the youngest of the family, was born with lissencephaly, a rare neurological condition, which leaves him unable to speak, walk or feed himself without assistance.

Additionally, young Noah is at high risk of suffering seizures and pneumonia and it’s likely he will have a short lifespan.

Despite the tragic condition of his brother, Noah is determined to help his little brother experience life as normally as possible.

The goal inspired the siblings to participate in the “Y Not Tri” mini-triathlon in Boise, which took place in 2014. The brothers completed the triathlon, which consisted of a 1-mile run, a 3-mile bike run, and a 200-meter swim.

Noah was able to push and pull Lucas in a stroller and a raft for a combined time of 54 minutes.

“It’s just amazing to see the love between the brothers, and the willingness of Noah,” the boy’s mother commented. “He wants to do something like this to include his brother in an event that a lot of kids with special needs would never get to do.”

Nowadays, the Aldrich brothers continue participating in triathlons, having completed in 14 different sprints.

During this impressive sports trajectory, the siblings have gained popularity, being known as “triathlon brothers”. They are also a great inspiration for adults and children alike. Their multiple adventures and sports milestones are shared on their website “Lucas House”.

Noah (now aged 13) trains just like any other adult athlete, working with dedication on his swimming, biking and running. He is motivated by Lucas’ smile anytime they are on a race.

In 2019, Lucas House joined forces with another local nonprofit network called Corwyn’s Cause. Noah and Lucas will continue practicing sports and running triathlon to raise awareness about medically fragile children and their families. 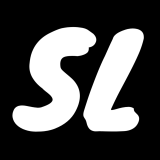